Phil Collins Something Happened On The Way To Heaven Download 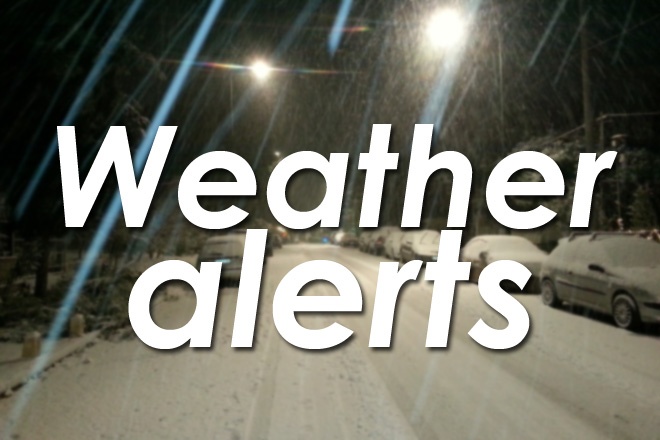 Across the east of England, the Met Office have forecast gale-force winds with potential 60 - 70mph gusts for this afternoon, as Storm Doris arrives.

We'll keep you up to date on air and on this page. Keep checking through Thursday; we'll update you below as we get the latest information (refresh for the latest).

Thank you for joining us today. We're going to wrap up our coverage now, but Tim Lindon remains on air with The Big Drive Home until 7pm. He'll keep you posted on the latest travel situation as you need it.

Meantime, bus services are subject to delay / alteration too...

We are still operating all services. Although some diversions may be in place due to the weather conditions, all stops are being served.

Due to severe weather conditions all our services are running delayed, please bear with us as our drivers are doing their best

Finally, here's the latest travel for north Norfolk. Note the closure of the A148 near Holt for roadworks - otherwise the major routes are running well.

Here's the latest travel situation on the East Coast - traffic running well on the major routes. 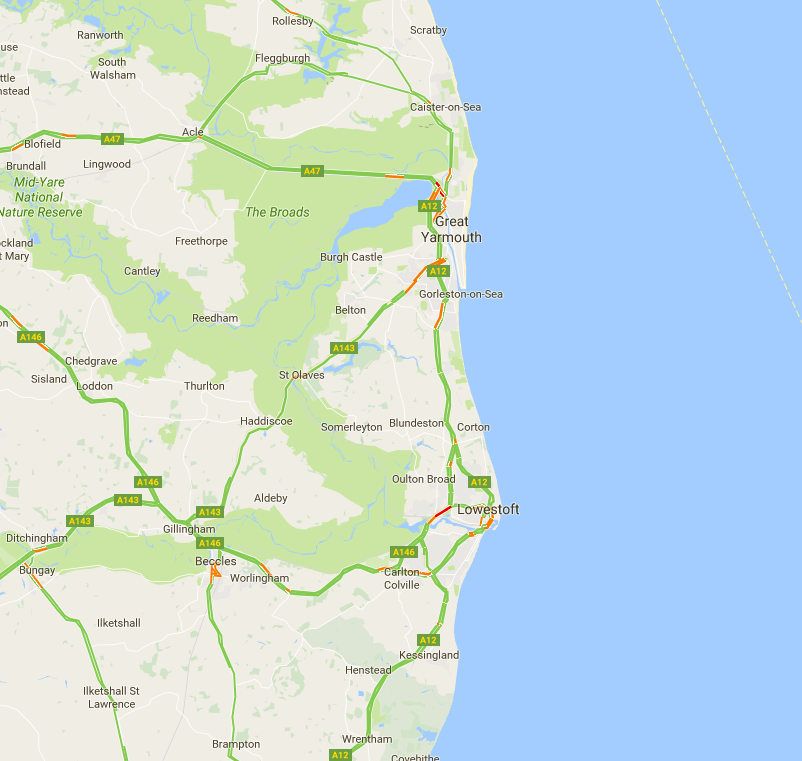 The roads aren't looking too bad in Norwich tonight... 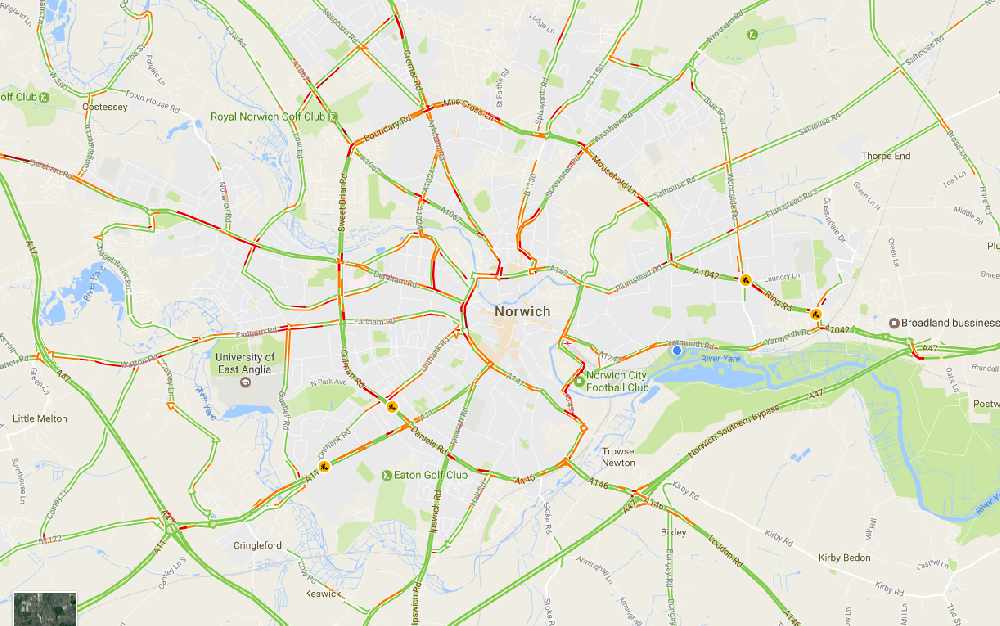 A reminder that Tim Lindon is currently on air at The Beach with The Big Drive Home - he's got the latest travel news as you need it on air now.

The Met Office have just tweeted some fascinating imagery of Storm Doris as it approached East Anglia...

View #StormDoris from space with this satellite image showing her moving eastwards across the UK pic.twitter.com/Oa3ELPaMBj

British Red Cross staff and volunteers are poised to provide support if called on by local authorities, the emergency services or power companies to help people affected by Storm Doris.

Stephen Hagerich, crisis response manager for the Red Cross, says: “We are ready to help any area affected by the severe weather event and are in close contact with our partners in the emergency services and local resilience forums around the UK so we can respond if needed.

“We also have agreements with the majority of the main UK power companies to provide assistance, such as hot food and drinks, blankets and torches, to support vulnerable residents if they are without power for a prolonged period of time. In these situations the emotional support and comfort our volunteers provide can also reduce people’s distress at a worrying time.

“There are a number of measures all of us can take to ensure we are prepared for severe weather. Preparing an emergency kit can really help. It should include things like torches, spare batteries or a wind-up radio, bottled water, any essential medication, contact numbers, insurance details, blankets and warm clothes.”

Due to Storm Doris, the coaching team have decided to cancel tonight's planned road run.

Apologies for any inconvenience caused. pic.twitter.com/5xYgG4ed7l

No doubt it was a bit of a hair-raising moment for the passengers on board these flights! Thanks to Chris Bell for the video.

Thank you for your Facebook messages today. Here's a selection of what you've been saying:

Nikki Veasey: My big gates have blown off!!! Fence panels down wheelie bin blowing round garden ......but still have power and a towel held on by one peg is still on the washing line

Zantell Speakman: Dangerously windy here in Norwich. My garden fence panel is down and the kids wendy-house is now on its side. Stay safe everyone

Sharon Brown: Some roof tiles and fences down in the houses behind Cambridge Road, Lowestoft. Still got power though!

A variety of power outages across the area right now. Thousands of people are without power, with outages near Fakenham, Holt, Sheringham, Wroxham, Poringland, Caister and others.

UK Power Networks say that they are working to restore power to affected properties as quickly as possible. 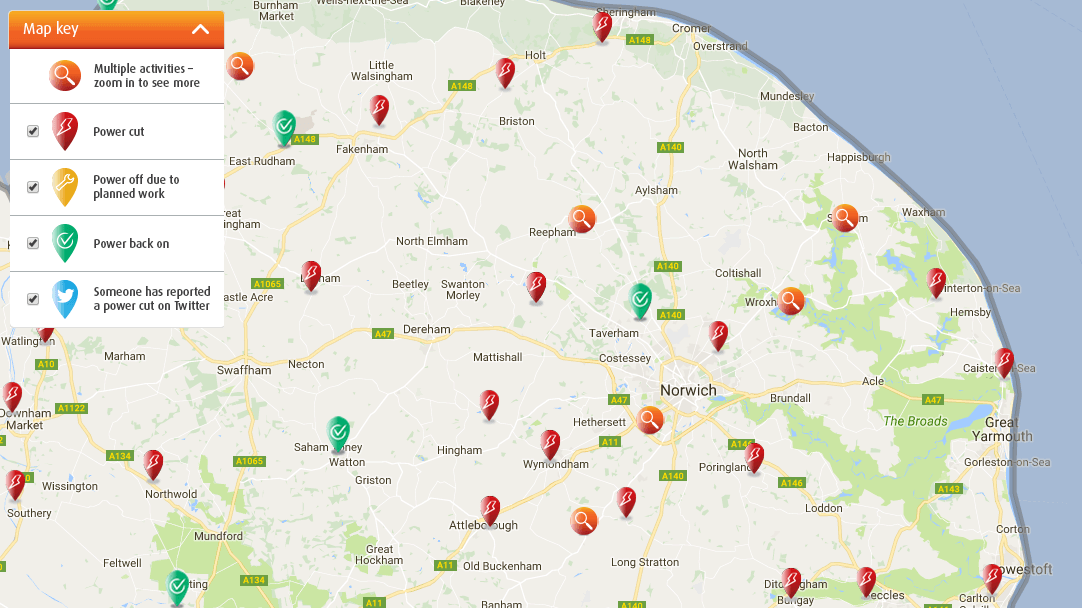 A reminder of advice if you are experiencing a power cut:

Power cut? You can contact us 24/7 either by calling 105 or texting POWER and your postcode to 80876. pic.twitter.com/szQ8bxBLXN

If you're on the north Norfolk coast it's extremely windy - as Dan Holley tweets...

E ANGLIA: Recent gust to 81mph at Weybourne, the strongest wind gust in the region since 28 Oct 2013

First Norwich are tweeting - they're replacing double-decker to single-decker buses, and the X1 service is suspended between Norwich and Peterborough:

ATTN: In the interest of customer safety, X1 Peterborough-Norwich will be suspended due to high winds. Updates will follow. -ES

The effects of Storm Doris are being felt across the transport network...

Due to overhead wire problems between #NeedhamMarket and Diss all lines are blocked. JS

Due to a tree blocking the railway between Norwich and #Lowestoft some lines are blocked. JS

Due to severe weather conditions all our services are running delayed, please bear with us as our drivers are doing their best

Due to high winds all our recycling centres, except Mile Cross in Norwich, are closed and likely to stay shut for rest of the day.

Thanks for sharing your pictures and videos today... the north Norfolk coast is particularly affected.

There are a number of fallen trees in and around the area; please continue to keep us up to date with where the problems are this afternoon as Storm Doris moves through - Enjoy Norwich tweets about problems on South Park Avenue:

A tree has fallen in South Park Ave and road is partly blocked. Being dealt with but may cause traffic delays #stormdoris @eatonparkfriend

ATTN: Due to a fallen tree, service 25 will be diverted via The Avenues and will be missing South Park avenue. Apologies. - LR

Doris is throwing around our signs cones and barriers through the NDR works - please take extra care! We've already taken some down. #NDR

A reminder from Norfolk Police...

Keep your garden furniture and trampolines secured during #StormDoris pic.twitter.com/a7XRevqemJ

It's midday, so here's a recap of the main problems in our area so far, from the team at The Beach...

There's been a number of reported power cuts in Norfolk this morning, in the Horsford, Lyng & Watton areas. Power is expected to be restored in the next hour or so. In total, around 1,000 people are affected. 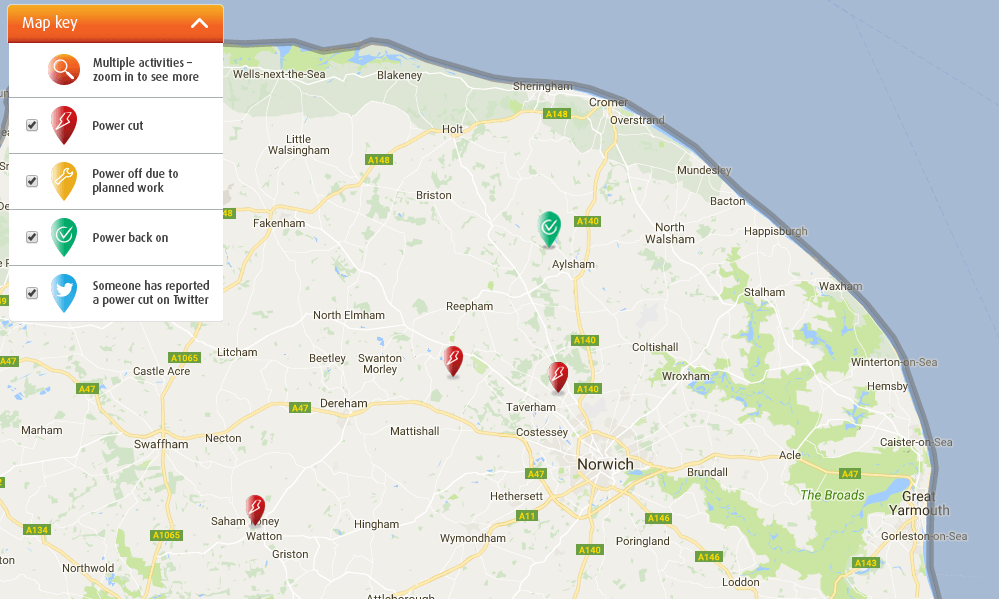 Power cut? You can contact us 24/7 either by calling 105 or texting POWER and your postcode to 80876. pic.twitter.com/szQ8bxBLXN

On scene Lowestoft road #gorleston dealing with an RTC with @GYarmouthPolice & @NSRoadsPolicing. Road blocked near the library #norfolkRoads

This tree is down on the East Coast - The Beach tweets...

Radio Norwich 99.9 tweets about a fallen tree in Taverham...

Latest warnings from the Met Office and a reminder of the general situation here. Winds will peak here in the early part of the afternoon and will remain very strong for 2-3 hours.

Damaging winds are affecting parts of the UK today courtesy of #StormDoris Here’s a look at where will see the strongest gusts. pic.twitter.com/NuIk4cZmKc