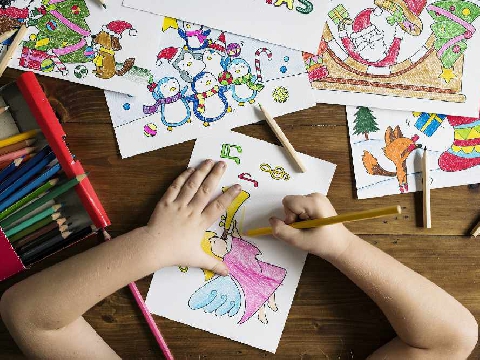 Fewer pupils and schools returned in Suffolk on Monday than anticipated, according to education chiefs, as parents proved to be cautious about sending their children back.

On June 1, primary schools were allowed to open doors to reception, year one and year six pupils for the first time since March as part of Prime Minister Boris Johnson’s next step of easing the coronavirus lockdown.

But while no major problems were reported to the county’s education bodies, anecdotal evidence and a sample of Suffolk school headteachers suggested that many more parents than expected had decided to keep their children at home, while more schools than expected also didn’t open their doors.

Cabinet member for education at Suffolk County Council, Mary Evans, said “We have been in contact with school leaders in Suffolk today who have told us that the wider opening of schools to more pupils has gone well with children excited to be back at school.

“School leaders and teachers have been creative and have carefully thought out plans to ensure that children and staff are kept safe.

“They have maximized their use of space to allow for social distancing with many schools using outside spaces for learning.

“Fewer schools have opened than initially expected, with some choosing to delay opening to more pupils later this week to ensure they have the correct measures in place.

“Fewer children than expected have also attended school as parents have chosen to continue providing learning at home.”

“I would like to once again thank parents and carers, early years providers and schools for the part they have played in Suffolk’s response to the coronavirus pandemic.

“Our continuing priority is to ensure that children and school staff are safe and I appreciate all the hard work that has gone into preparing school sites to welcome more children.”

It is understood some parents still have uncertainty over the situation, while some schools’ risk assessments found that they could not open safely or needed more time to prepare.

Acton CEVC Primary School near Sudbury was among those not to open, and in a letter to parents on Friday last week explained that its seven classrooms could not accommodate 15 children and allow for social distancing, adding: “there are not enough spaces in the building for the numbers of children in the three year groups, as well as key worker children”.

Graham White, spokesman for the Suffolk branch of the National Education Union said it had not been alerted to any problems, but felt it was still too early for pupils to return.

He said: “The NEU view is that schools should only be open for key worker and vulnerable pupils. A number of schools have provided for this cohort this week to see how things settle in.

“Many schools simply do not the capacity to operate on full reception, year one and year six and so have operated a rota arrangement.

“Teachers, school leaders and governors have put in an enormous amount of work to ensure schools are as safe as can be achieved given the constraints.

“The science has not changed and the consensus view from eminent scientists is that the lockdown has been eased too much in relation to schools and the intention to fully open is a non-starter from schools’ perspective.

“The NEU along with the other education unions want pupils back in school but only when it is safe to do so.”

Some more schools are expected to open to those three year groups today, while others are likely to wait until next week or later, although the numbers of those are not yet clear as schools do not have a mandatory requirement to tell the local authority their plans.

Labour education spokesman at the county council Jack Abbott said: “Schools have been absolutely brilliant throughout the crisis, continuing to work hard to support children in incredibly challenging circumstances – many teachers were even in school on Sunday to prepare their classrooms.

Schools have been put in a really difficult situation and, whether they were open or not, I know they will have done their best for their staff and families.