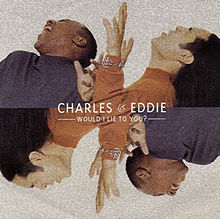 A woman from Lowestoft has been sentenced to 31 months in prison for a series of offences, including an armed robbery where she brandished a knife in a shop and also for spitting at a number of emergency workers including police officers, hospital security staff and a detention officer.

It's after 28-year-old Victoria Nash, of no fixed address, entered the Happy Shopper in London Road South, picked up two bottles of cider and showed the shopkeeper a knife, before saying "I'm taking the two ciders", before walking out, at around 5.15pm on 22 May.

Following this, police were called and located Nash at a flat in London Road South, before arresting her.

While being arrested, Nash spat twice at the same officer and also attempted to kick officers.

Nash appeared at Ipswich Crown Court on Monday 6 July and was also sentenced for separate offences where she assaulted a police officers and security staff at the James Paget Hospital in Gorleston on 2 March, as well as assaulting a custody officer at Great Yarmouth Police investigation Centre on 8 June.

Her sentence comprises of 25 months for the robbery and possession of a bladed article, with the remaining six months made of the assault offences.

"We will not tolerate people being threatened in their place of work and having to contend with loss of stock, by whichever means it is stolen.

"The victim in this case provides an essential amenity to the local community and should be able to feel safe whilst going about his daily business.

"Victoria Nash not only targeted a member of the public, but also had no qualms about assaulting police officers, a detention officer and hospital security staff.

"Three of these assaults involved spitting, which is not only completely disgusting, but entirely reckless during the current pandemic.”